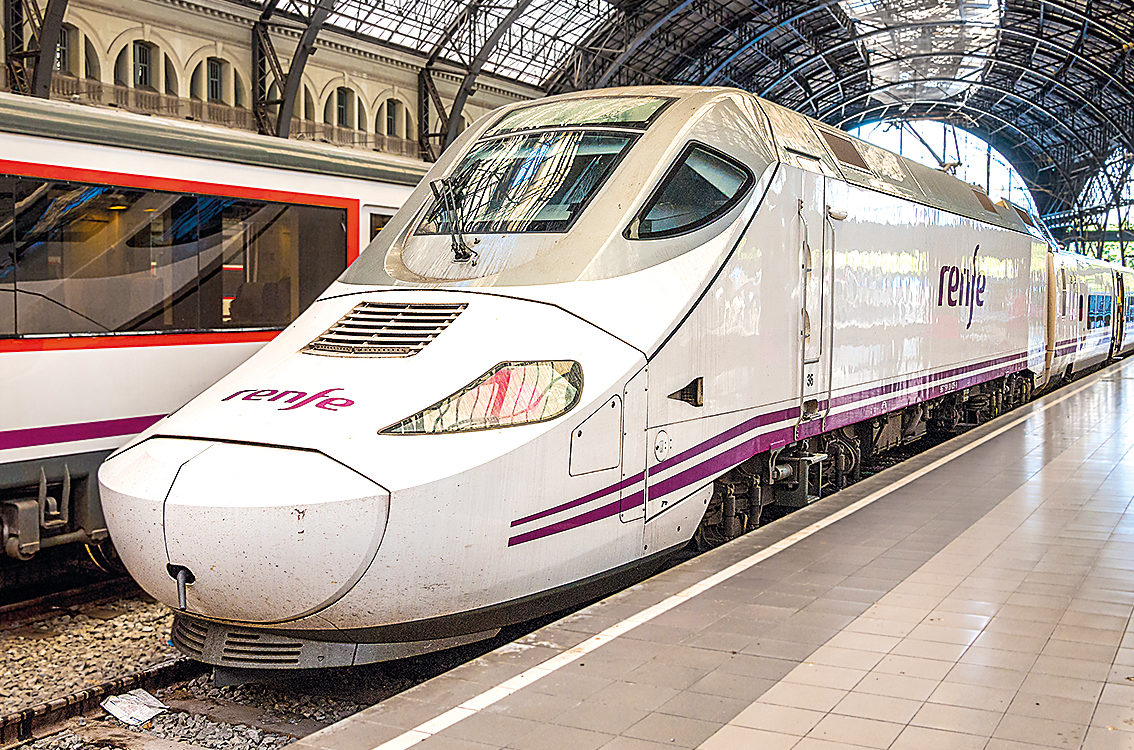 If you like visiting different parts of Spain then travelling by rail can be a good option. In this article we give some general advice about the trains in Spain and provide an opinion on travelling by AVE to Madrid.

If you enjoy discovering Spain then you’re probably already familiar with Spain’s trains, boats and planes. But it’s the first of these that we’re going to take a look at in more depth. Spain is, in fact, well-known for its high-speed trains otherwise known as the AVE (Alta Velocidad Española). AVE trains have very few stops and you can reduce your travel time significantly. For example, a journey from Madrid to Valencia takes only one hour and thirty minutes and from Madrid to Córdoba only one hour forty minutes. There has been some criticism that these fast speed trains are not used sufficiently to justify the cost. However, for those who make use of them this isn’t a great concern.

The trains are run by Renfe which is a state-owned company and the AVE isn’t the only type of train available. Different trains run over different distances including the Avant and Alvia (fast speed but not as fast as the AVE), Media Distancia (average distance) and the commuter trains or cercanías.

It’s not only the trains that are worthy of a mention. Some of the stations in Spain are pretty spectacular too. Deserving of a special mention is Madrid’s Puerta de Atocha which includes a tropical garden and the Estacio del Nord train station in Valencia which is a building of cultural interest.

There are three classes of tickets available:

If you do go ‘preferente’ then you can expect drinks to be served to your seat, air conditioning, power sockets, TV screens and radios.

You can also choose from different types of tickets. They include:

There are regular discounts that you can benefit from and children younger than four years old can travel for free. If you are over 60 then you can apply for a ‘Tarjeta Dorada’ or a ‘golden ticket’ for a cost of six euros from your local station. This card means that you pay less and can have up to a 40% discount on some days of the week.

It is best to book your tickets online and you can book on the Renfe site www.renfe.com . Other sites are also available to book on such as Raileurope.co.uk . If you want to travel on an AVE then you will need to reserve your ticket in advance and you can book up to three months ahead of the day on which you wish to travel. There is detailed information about the train system in Spain and booking your tickets on this Train Travel in Spain website

Taking the AVE to Madrid – our experience

My family was recently planning a trip to Madrid. We had ruled out driving which left a choice between the train and flying. The two options were fairly evenly balanced. A flight means an hour’s journey to the airport to arrive 90 minutes before take off. The journey to the train station would be approximately the same but with only 15 minutes needed before departure.

The train journey would be longer, however. To travel using the AVE from Alicante to Madrid takes two hours ten minutes, whereas the same journey by plane would be an hour. However, the deciding factor in our choice was money. The cost of the internal flight between the two cities would be over 1,000€ for the five of us. The train ticket would cost us 440€. Still not a snip but the cheaper of the two options.

It’s not just about the money. At one time, flying used to be a pleasure and could almost be considered part of the holiday. However, restrictions around hand luggage and a gradual reduction of services available on the plane make flying a very different experience to what it used to be. Flying has lost much of its attraction for many people. And then there’s the environmental impact…

There were no worries about the size or weight of our luggage. No queue or stress in boarding. The only security check was putting our luggage through a scanner, a precaution in place since the Madrid train bomb. There was definitely more leg room and opportunity to move around during the journey and no need to play footsy with your luggage under the seat.

The journey was smooth and there was none of the take-off and landing performance to interrupt the flow. With one brief stop at Albacete, overall, this was an extraordinarily smooth and comfortable journey. For a trip to Madrid, we would definitely recommend it.