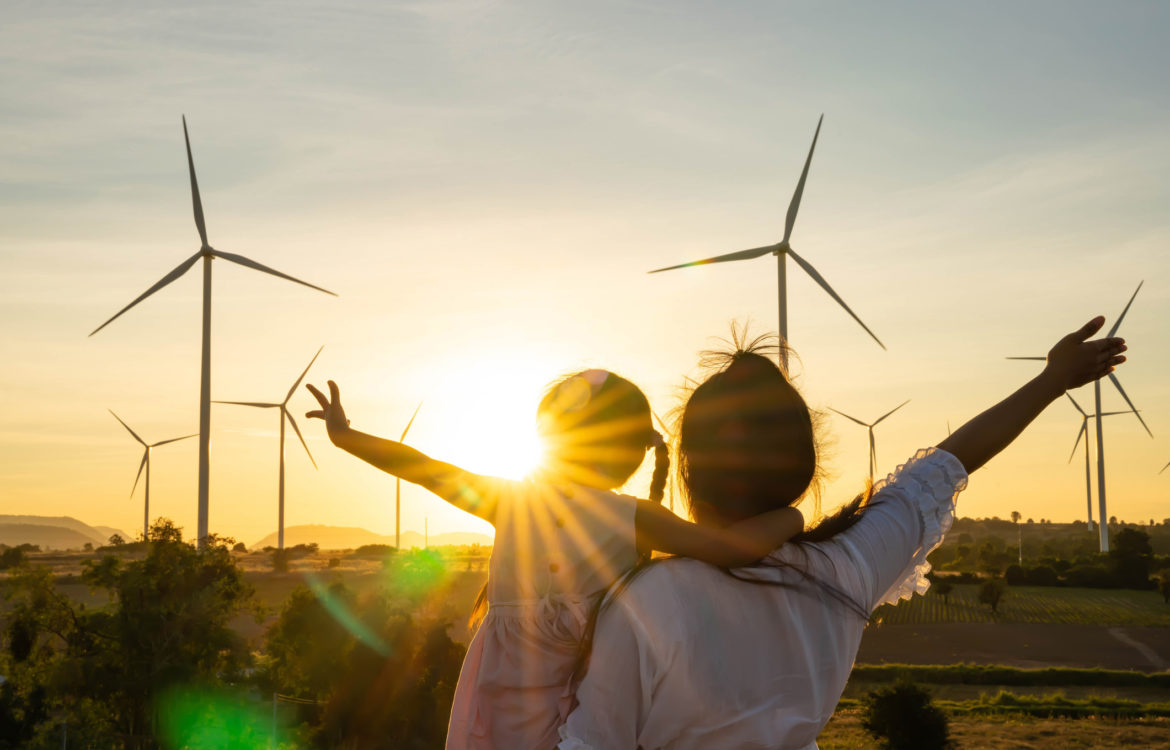 You would think with its record for sunny days that Spain would be one of the world leaders in solar power. But in fact, it’s wind power where Spain is leading the way. In this article we introduce you to the ways in which Spain is looking creatively at its energy sources and how you can help.

The Glasgow climate change conference held in November 2021 brought into sharp focus the urgent issues that world political leaders are facing. At the conference, predictions were made and warnings issued that must make all of us sit up and take notice. Concerns about rising sea levels, the threat of tsunamis, dangerous trends in flooding and the threat of further climate-related disasters were key features of the discussions and debates.

But it’s not enough to recognise the dangers were facing, it’s taking action to do something about them that matters. Spain, along with other EU countries has clear targets to meet. Its 2030 objectives include:

These figures can seem meaningless to the average person. Addressing a global climate crisis can feel like a battle in which we are powerless and our part in this fight to preserve the planet can be lost. This is where we should focus on our own environment and the differences we can make on a small level. And there are other reasons, along with that of climate change, that should drive us to do this too.

The cost of living

We should all be looking closely at our energy consumption. Electricity consumers in Spain have recently smarted from a hike in prices. According to the National Statistics Institute, consumers’ bills grew by 7.8% in August from a month earlier and by 34.9% from the previous August 2020. Subsequently the Spanish government took measures to address the issue which was hitting ordinary people powerfully in the pocket at a time when they could least afford it.

Taxes on electricity were reduced and the intention is to redistribute some of the profits made by energy companies back to the consumer. Perhaps most importantly, this increase in cost provides an additional incentive for government and consumers alike to look at renewable sources of energy. What are the options for moving away from fossil fuels?

Although Spain might be renowned for its sun rather than its wind, it has been at the forefront of wind turbine development for decades. In 2015, wind power was responsible for more than 50% of Spain’s renewable electricity coverage with hydroelectric in second place. In 2020 there were 1,265 wind farms in more than 1,000 towns in Spain.  In the first half of 2021 the amount of electricity generated by wind turbines increased by 25% compared with the same period in 2020.

Wind power is environmentally friendly with wind energy avoiding the emission of 29 million tons of CO2. Although the majority of windfarms are located in the northern part of Spain, they can also be found in Cartagena and Murcia. These impressive, slim-style windmills are certainly one way in which Spain can continue to reach its targets.

Spain’s solar power history is a chequered one. In the race to find renewable sources of energy Spain was in the lead. Keen to take advantage of its favourable weather, solar energy was widely developed in the early years of this century.

Between 2006 and 2021 Spain encouraged the use of solar power with the distribution of subsidies to encourage investment. However, this early investment was found to be unsustainable, and incentives were withdrawn and finally in 2012 a 7% tax was introduce on all electricity sales – both conventional and renewable.

Solar power suffered a setback with the introduction of what was dubbed the ‘sun tax’ in 2015. This was a tax on those people using solar panels for their own energy consumption. Consumers had to pay grid fees in the same way as traditional electricity consumers. This tax made the production of solar power less financially beneficial and subsequently there was a drop in interest.

Since then, with the ‘sun tax’ removed and growing concerns about climate change, solar power is back in vogue and Spain has definitely got the ideal climate for it. The years 2018 and 2019 saw a sharp increase in solar power capacity in the country with more favourable terms and conditions introduced by Royal Decree. Now, several consumers can benefit from the same installation of solar panels and administrative procedures have been simplified. It is hoped that the relaxation of measures will see more people grouping together to provide cheaper electricity for themselves and their neighbours.

If you are interested in finding out more about how a hydroelectric power plant works, Iberdrola has produced this very clear infographic that shows how the water is collected in a reservoir, blocked by a dam and energy is generated as the water flows through the pipes:

Much to be done

The move away from fossil fuels and to renewable energy is not an easy one to manage.   One of the issues that Spain must address in meeting its targets is that of regional government. Its decentralised system means that regional and local governments have individual impact and this can be difficult to harmonise.

There is currently a four-pronged strategy to enable Spain to meet its targets:

Replacing previous energy sources is not a simple matter and requires a huge investment and determination. There is concern that too swift a closing down of existing sources might lead to an increase in the use of natural gas. This is because the infrastructure needed for the collection and distribution of renewables may not yet be in place.

Electricity power prices increased for many people in 2021 and Spain knows that it must address this if consumers are to see electricity as the way forward. The government is aiming to encourage the establishment of more solar and wind farms to help meet demand and drive down electricity prices. At the same time it is also encouraging individuals to look at the ways in which they can make their own home more energy efficient.

Any property that is sold or rented in Spain needs to present an energy performance certificate. Energy Efficiency Certificates (Certificado de Eficiencia Energética CEE) were introduced in 2013. The intention was to encourage homeowners to save energy by displaying to prospective tenants and purchasers the level of efficiency of the property.

The CEE is valued for up to 10 years and must be displayed when:

• The heating/ cooling system is being replaced

• After the ten-year period has elapsed

Homes are surveyed and companies look for the cost to heat and cool the home; how much it costs to generate hot water and whether the electrical installation is efficient. An energy rating is assigned on a scale ranging from ‘A’ (most efficient) to ‘G’ (least efficient).

What you can do

We can all feel at a loss sometimes in terms of what we can do as individuals. We are besieged with stark messages about the environment whilst feeling powerless to make a difference. However, there are steps that each of us can take that can help towards the drive to renewable energy or reduce our energy consumption.

With the sun tax removed, high electricity prices and the incentive of helping the planet, why not look into the possibility of powering your electricity with solar panels. There are companies available who will give you an estimate.  This is a useful and interesting article from Money Saver Spain if you are considering installing solar panels. It encourages you to weigh up the pros and cons: moneysaverspain.com/solar-panels-spain

If you are not quite ready to take this step you might consider other ways in which you can make your home more energy efficient. Practical actions you can take include:

installing double glazed windows – how well do your windows keep out the cold and keep in the warmth?

replacing ordinary lighting with LED bulbs – these are much more efficient with a quality LED bulb lasting almost 30 times longer than an incandescent bulb.  They use less energy as they emit very little heat

taking advantage of natural sunlight – we’re blessed in Spain with the number of light, sunny days. Lift the blinds when you can and make sure that lighting is turned off in rooms when you are not using them

reviewing your heating, air conditioning and hot water systems – is your apparatus old? Newer models are usually much more energy efficient and if you are due a change then it might be worthwhile investing sooner rather than later

considering using new technology to regulate your heating and lighting and to ensure that it is only in use when it’s needed.

With more of us working from home and spending more time using our own utilities rather than those of the office, then it is time to rethink how you can cut down on the bills. And, of course, it not only makes sense for you but for the planet too.

Tags: Green Energy
Previous Article Next Article
We use cookies to ensure that we give you the best experience on our website. If you continue to use this site we will assume that you are happy with it.OkPrivacy policy