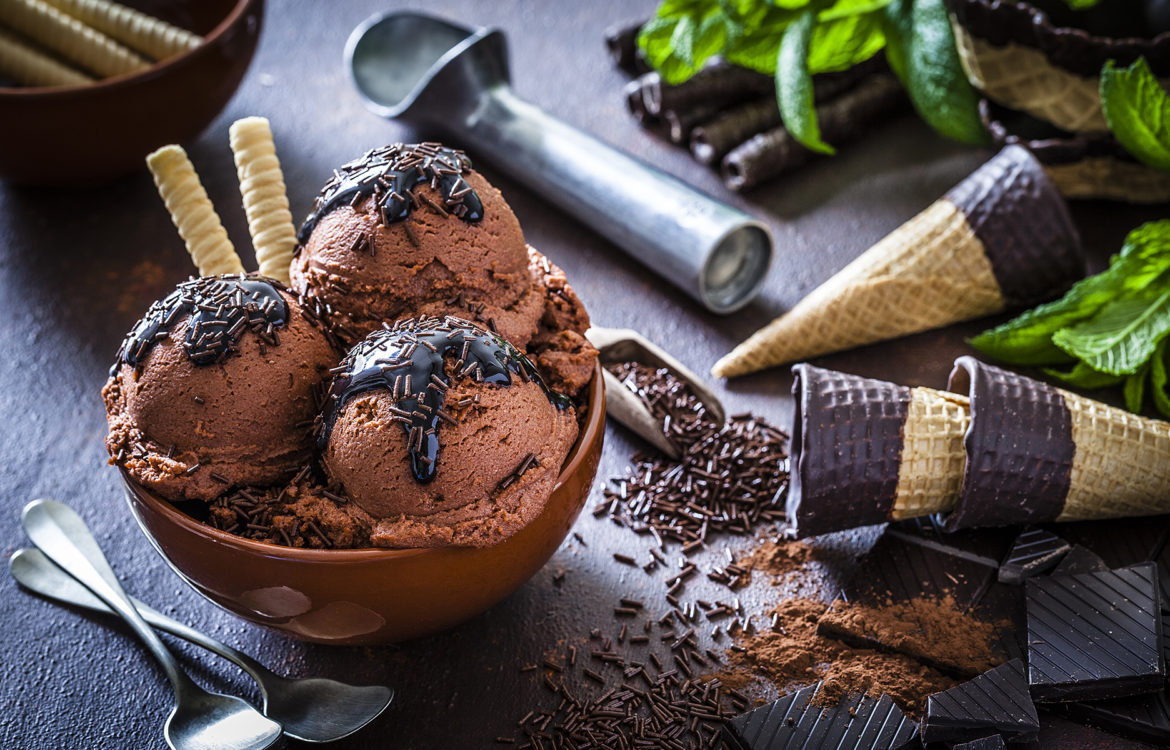 You’re taking a leisurely walk along the front promenade in Torrevieja, Alicante, Benidorm… wherever it might be. You’re getting a little hot under the collar and then you see it. The ice cream parlour – a perfect treat when temperatures are rising. You might choose a traditional flavour such as strawberry, chocolate or vanilla. But if you’ve ever stood before a vast selection of tubs in a Spanish ice cream parlour, you must surely have been tempted by some more exotic flavours such as after-eight, gold mantecado or walnut cream or a typically Spanish turron ice cream.

You really can be spoilt for choice, but the variety and quality on offer hasn’t just happened by chance. There is a whole history behind its creation. For example, in Jijona in the Valencian community.

The link between Jijona and ice cream dates back to the 15th century when snow was stored and preserved in the cavas or pous de neu at the top of the Sierra de la Carrasqueta. These were wells in which snow and ice were stored and were used not only in the production of ice cream but also to conserve other food. This snow was fundamental to the production of ice cream and so the industry began to take shape. By 1914, the year in which World war 1 broke out, the ice cream industry was really beginning to blossom. There were a number of events that spurred on this new business. Firstly, the rural exodus as people brought up in the country started to move towards the town, the invention of artificial ice and the crops threatened by the aphid, phylloxera.

The people of Jijona or Jijonencos saw opportunity to branch out in new ways to secure employment and their economy. They could run two industries side by side. That of ice cream in the summer and turrón, a kind of nougat, in the winter months. A way of creating jobs and a source of income for the town during difficult times.

The growth of the sector

The ice cream industry has grown in Spain, not only as a great way of cooling down for those who live here but also for the many tourists and visitors Spain usually enjoys in a typical year. To match the growth, new developments have continued to be made to ensure that the industry has a healthy and dynamic basis.

For example, in 1980 the National Association of Ice Cream Makers (ANCHCEA) was established with its headquarters, naturally, in Jijona. This association is in charge of organising the Intergelat Fair and the International Artisan Ice Cream Fair which both celebrate, advertise and help develop the product.Over decades now the ice cream industry has been incorporating improvements and new technologies in its production process. There may be more mechanisation but every attempt has been made to retain the spirit of craftsmanship and respect those who first made ice creams with the help of basic machinery and their own sweat and tears.
Choose your ice cream parlour

On some beach fronts you can find several different ice cream parlours. The menu will show you a whole selection of combinations as well as offering you traditional cones. Take a good look in the tubs in the display case. You can find every flavour from avocado ice cream to mojito. You can even have an ice cream served up in a pancake – but you’d better eat it quick!

Sirvent are a popular and well known chain of ice cream parlours. You should try their giant copas which are a little like a sundae containing ice cream, cookies, fruits and whipped cream. You might also like to try the traditional horchata which is a milk-based drink with a cinnamon flavour. You can usually also buy other types of food and drink at these establishments and it can be the perfect refreshment between meals or can cap off a night spent in another local restaurant. Nothing better in the summer than sitting out on a terrace, eating an ice cream and watching the world go by.

To get exactly what you’re wanting, it’s good to know a few basic words in Spanish that you might need to use. Hopefully you already know the word for ice cream ‘helado’ but remember to not pronounce the ‘h’. But where do you start when faced with all those flavours and different methods of serving them?

Well you might begin with a straight forward cone or ‘cucurucho’ to take away. In this you might ask for one or two ‘bolas’ or scoops of the same or different flavours. If you want a small tub to take away then you can ask for a ‘tarrina de helado’ and again one, two or even three ‘bolas’ might serve to quench your ice cream craving.

If you want something with even more of the ‘wow’ factor there is usually a selection of sundaes you can order that combine various fruits, ice cream and – beware – lots and lots of squirty cream. Perhaps it’s best to order one of these to share. They’ll be happy to issue the larger and more creative versions with two or even three long-handled spoons so you can scoop right to the bottom of your sundae glass. As you can gather from this article, you really are spoilt for choice if you’re partial to an ice cream in Spain.