Salt – not just a condiment

Salt – not just a condiment 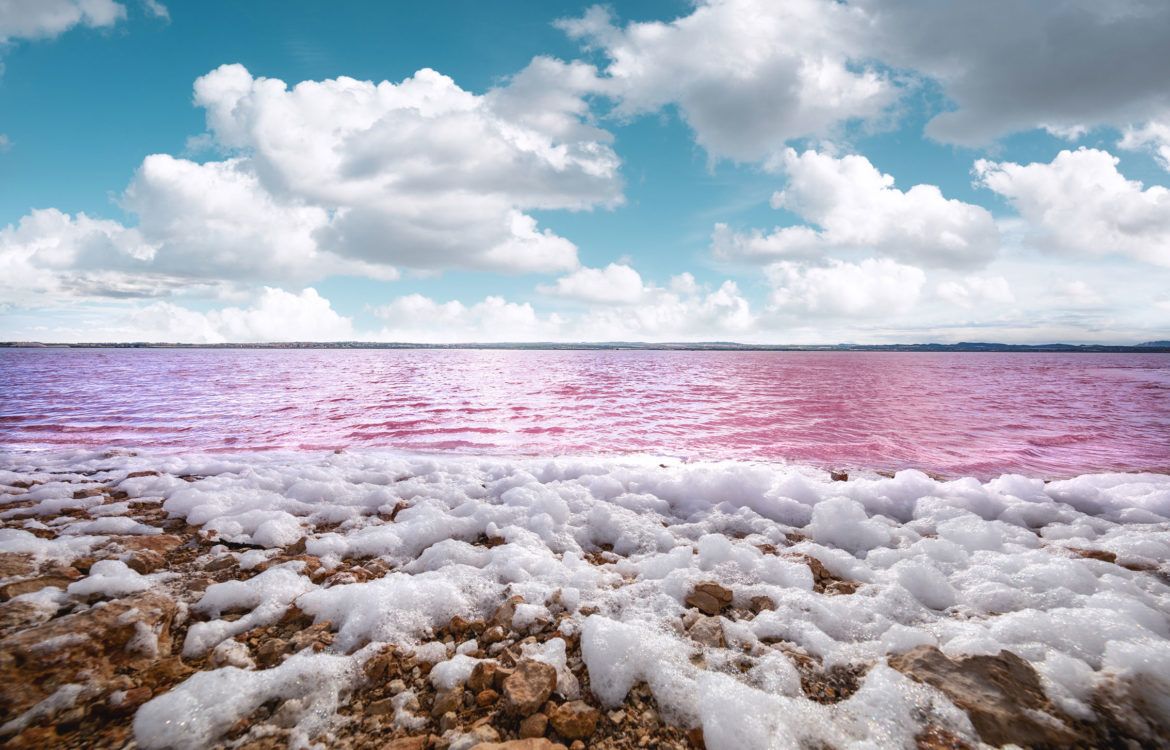 Tourism isn’t the only industry that puts Torrevieja on the map. The extracting and transporting of salt has been a major part of the town’s history and continues to help shape its future. So what is on the Torrevieja salt trail?

Torrevieja’s salt industry dates back to the first century BC with La Mata salt lake covering the archaeological remains of a Roman factory. As early as 1273 there is evidence that salt was being extracted from the lake. In spite of its longevity, the industry’s presence can easily be missed if you’re not looking out for it.

The most crucial component in Torrevieja’s salt industry is the incredible pink lagoon which is responsible for the salt production. The salt is created due to the natural evaporation of the lake’s water and it’s from here that the salt is extracted. The Acequión de Torrevieja channel linked the sea with the salt lake, providing a way of topping up the salt water when needed.

The channel was excavated in 1482 and is the oldest civil construction in Torrevieja. It is still in operation but very little has been done to preserve it and unfortunately the 15th century stone block bridge over the canal was destroyed during the earthquake in 1829. Green trains were originally used to move the salt from the lake to the port. Now it’s a mechanical belt that you can still watch between the beaches of Naufragos and Acequion as it takes the salt out to the waiting ships.

From the Poniente Dyke, Torrevieja salt is transported all around the world. It’s one of the biggest salt producers in Europe, and its salt is particularly in demand during the winter months to help de-ice the roads in more northerly climates. It also helps out on some Spanish roads too during a bad winter season.

The large, white mountains you can see from the N332 comprise of salt, collected and waiting for the cold weather to set in. Torrevieja produces around 600,000 tons of salt annually, most of which is used for de-icing but also for salting meat, bread, pasta and sausages. And, yes, you can use it as a condiment too.

The actual plant includes not only working buildings but some that are abandoned but are of particular historical interest. Three wooden towers mark the existence of the former factories where chemical products were once processed from the extracted salt. Other evidence of this industrial heritage includes the old tower next to the Audouin gull colony.

The Audouin gulls nest around the salt works in Torrevieja during the month of March. In the 1960s they were close to extinction with only 1,000 pairs remaining in the world. The colony that’s made the salt works its home is the second largest colony of breeding birds of this type in the world. It’s thought that the natural park, the proximity to the sea and lots of feeding opportunities make this unusual habitat attractive to the gulls.

Salt-encrusted boats are one of the trademarks of Torrevieja and can be seen sitting on shelves of important venues around the area. They are often presented as gifts to respected and celebrated visitors to the town. The boats are made by submerging a frame into the salt lake within the installations. It’s a unique craft that hopefully won’t die out with the few people who still practice it.

Torrevieja has tried to cash in not only on the monetary value of the salt but also of the interest that there is in this unusual and rare local industry. During 2018, the council introduced tourist trips around the salt works and Torrevieja’s tourist train could be seen trundling from the town centre to the Acequion plant where the salt mountains are located.

It’s been a popular, if unusual, attraction, with tourists, locals and school children being introduced to the main salt industry landmarks and their history. It can be easy to label Torrevieja as predominantly a tourist town. However, scratch below the surface and it’s got a fascinating history all of its own. Why not take a tour yourself when circumstances allow?