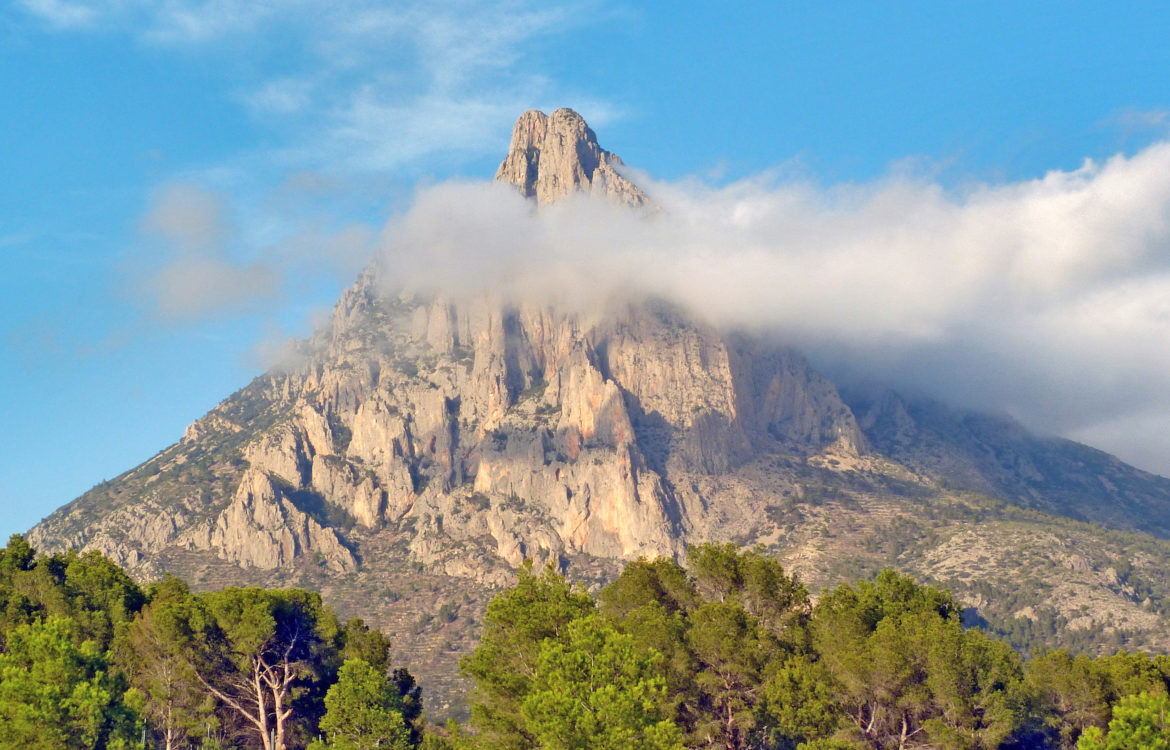 The Valencia Region is often associated with talk of stunning beaches, bustling marinas and pretty little whitewashed villages located close to the sea. But, there is actually so much more to the region than that, as many of you may already know.

Away from the typical tourist hotspots, there is another world to explore, one that offers something completely magical and where time seems to stand still.

These are special places, with a lot of history behind them, and some with legends attached to them as well. If you love being outside in nature and are looking for new places to explore, you’ll love the trips detailed below.

During medieval times, there was a place where officials from three different kingdoms of Spain (Castille, Aragon and Valencia) used to meet in the Valencia Region to discuss matters of the Crown. This meeting point is situated 1,560 metres above sea level and down below the view encompasses kilometres of fields of cultivated land and juniper tree orchards. This was an area where the three kingdoms met, as standing in the Valencia Region, one only had to turn to the north to step foot in Aragon and to the left to cross into Castille. Today, this place is known as the Cruz de los Tres Reinos (Cross of the Three Kingdoms), and it forms part of the village of Arroyo Cerezo, which belongs to the municipality of Castielfabib, one of the highest points of the Rincón de Ademuz exclave. Very close to the Cross of the Three Kingdoms you can visit a giant 3.5 m horse made out of Holm oak firewood. The horse was designed and constructed by English artist Philip Bews in 2001 and is located in the biggest park of sculptures in the world, which is not actually situated in a determined location but spread out across all the municipalities that make up the Rincón.

Located in the municipality of Chulilla is a fantastic mountain walking route known as the Route of the Hanging Bridges. As the name suggests, part of the route consists of crossing bridges that hang over the gully of the River Turia and chasms of rock, the highest being 15m above the riverbed and 21 metres long. The whole route covers a length of approximately 4 km and is possibly one of the most attractive within the whole of the region.

The route starts close to the Loriguilla reservoir and there are plenty of spots of natural beauty along the way including the “Charco Azul”, “La Peña de la Judía” and “Las Canales”.

While some of the bridges, which may deter those scared of heights, were constructed in more recent years, the history of them dates back to the 50s, when construction of the Loriguilla Reservoir first began. Many people flocked to Chulilla and managed to secure jobs helping to build it, and this is when it was decided to shorten the journey between the town and the dam by building two bridges instead; one hanging and one fixed, which would cut down travelling time for the workers. However, during the devastating flood of October 1957, the water from the Turia rose so high that it carried away the two bridges with it, and it wasn’t until 2013 that the council decided to reconstruct the bridges and recreate some of the area’s history for tourism benefits. Today, the route has become very popular amongst nature and hiking lovers alike.

This is a pretty unique walking route, and not really for the fainthearted, as the name suggests. It is also steeped in history and legend, although there is little left to show visitors of its heroic past. Known as the Valley of Laguar, this area is composed of three villages: Campell, Fleix and Benimaurell, which are surrounded by other abandoned villages and ancient trails that you can cross to take you through the surrounding scenery, which is made up of high mountain walls, caves and canyons formed by the River Girona all shrouded in green shrubs and small trees. The walk is difficult in terms of its length (14 km), but relatively easy in the sense that there are no steep climbs. The best bit about following this trail is ascending and descending the 6,000 steps, which actually make the climb easier. These steps were carved into the rock by the Moors who sought refuge from the Christian army of Felipe III during the Reconquest. This place was actually the last Moorish stronghold in Spain before their expulsion by Felipe III.

One of the four most important and impressive aqueducts on the mainland is located in the Valencia Region, close to the towns of Calles and Chelva. The 13 km route itself is of medium difficulty and takes around three to six hours to carry out, but it is well worth the time and effort as it is one of the most spectacular trails in the region. The fact that you actually walk through and over the top of the Roman aqueduct is unique in itself and not something that you do every day. And if that’s not enough excitement for one day, this route also takes you through the illuminated tunnels of the Peña Cortada.
La Ruta de la Gola de Lucino y Cueva de la Araña

Deep inside the Caroig mountain range, in the interior of the Valencia Region, is a fantastic little route that follows the River Cazuma, which will lead you to view two impressive works of art; one natural and the other manmade.

The first is a huge mass of rock called the Gola de Lucino (Lucino’s Gullet), estimated to be thousands of years old, located in the riverbed of the Cazuma River. The second sight is found within the Cueva de la Araña (Spider’s Cave) and consists of seven thousand-year old cave paintings that were carved into the rock by the Neolithic inhabitants of the time.

The second highest mountain peak of the Alicante province after Aitana is that of the Puig Campana (1410 m), which is located in the municipality of Finestrat, near Benidorm. This is one of the prettiest areas of the Costa Blanca and the Campana Mountain is also known as the “magic mountain”. This is a difficult route due to the toughness of the climb, but many are prepared to withstand it in order to view the amazing panorama of the coastline and surrounding mountains from the summit, that’s if the cloud cover doesn’t block your view.

We all know that water is one of the most powerful forces on earth. Proof of that is in the impressive mountains that have been formed through the course of history from being eroded by water. Nevertheless, some of mountains are so stunning that they look like they are the creation of some magically talented sculptor. And this is what you’ll see on this short 5 km route that starts at the source of the River Juanes, also known as the Chico River, and travels along until its confluence with the River Buñol.

The trail is full of greenery in the form of huge trees, thick bushes and flowers, which then lead to a number of excavated caves in the nearby rocks, known as the Cueva de las Palomas (Doves’ Cave), in which archaeological remains from Upper Palaeolithic times have been found. There are plenty of picturesque pools of water along the way too, making this one of the most popular walks amongst nature lovers.

This route takes you through the “Valley of Miracles”, which has been named as such due to its medicinal past. This is a vast area full of greenery and lush vegetation located in the historic municipality of Alzira. Due to the huge variety of flora in the area, it grew to become a key site for the production of natural medicines.

For history lovers, this is also a fantastic day out with plenty of sights to visit in the town of Alzira including the 14th century Monastery of la Murta, the historical centre which is enclosed by a walled circuit built by the Moors over 500 years ago and the 16th century Gothic style town hall building.