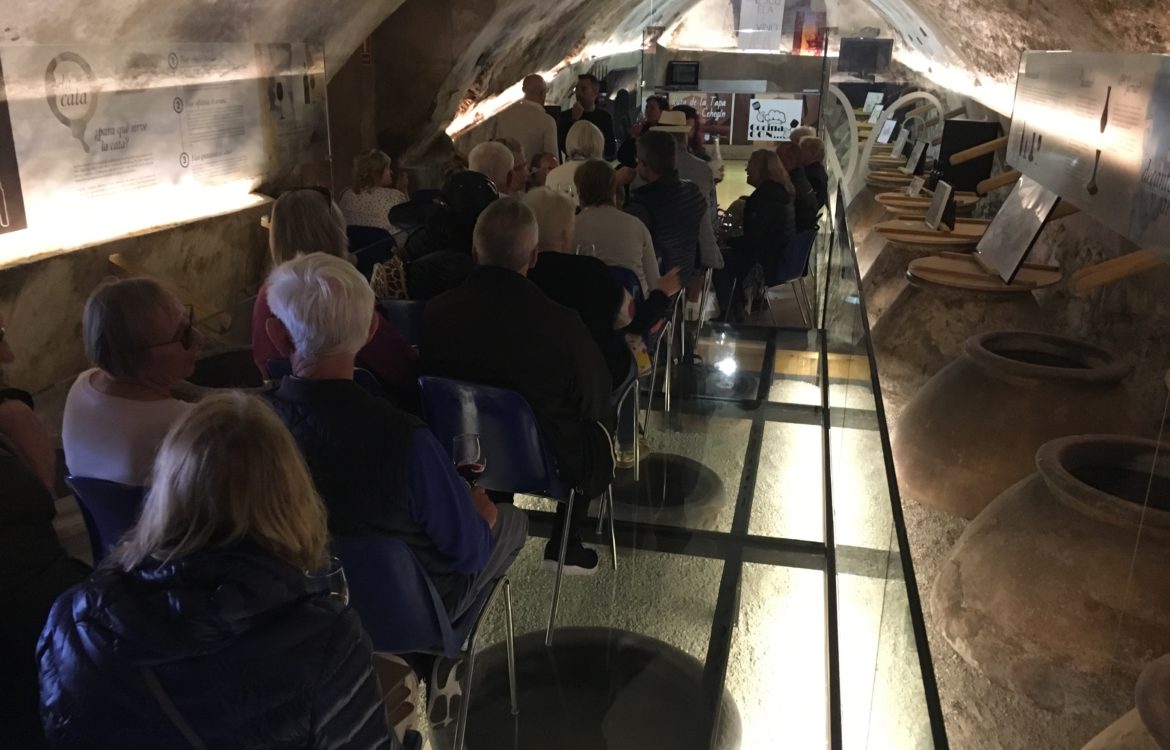 Murcia is the “Capital of Gastronomy 2020”

When I was planning the activity calendar for February, I Googled “Ruta de Tapas Murcia” because Murcia is the “Capital of Gastronomy 2020”. Winetasting and Tapas were on top of the list in our clients’ suggestions in the survey we took in March and it was something we wanted to include in the calendar.

Somehow I ran across Cehegin and their famous Ruta de Tapas. As I read further and opened the links in the article, I found out the little hidden town of Cehegin is Rural Wonder of Spain 2019. This made me even more curious. I read blog after blog only to find out this gem in the middle of nowhere has so much history to tell. Cehegín is the third town of greater historical importance in the Region of Murcia, not only because of its palaces and prehistoric remains, but in its territory we also find vestiges of Iberians, Romans and Visigoths, among others.

In those blogs I kept running into Magdalena, who is a historian. You can tell she loves her job and that made the difference when telling us about the stories behind each church and palace she took us to. She also took us to the arqueological museum and the Wine School, which is a gem itself.

It was a perfect day, after breakfast we walked up the stairs that led us to the top of the villaje where there was so much to see. The monogrammatic cross of Begastri found in the site itself is one of the oldest in Spain (6th century) and is bronze. It belongs to a private collection but two replicas can be found in the church “Santa Maria de Magdalena” and at the Arqueological Museum.

Inside the Church of Santa María Magdalena there is a figure that, although it may go unnoticed, is unique in the world. It is a wood carving of Mary Magdalene who, at least for the moment, stands as the only survivor of the manipulation of the history that the Catholic church made regarding this feminine historical character. The Mary Magdalene that we find today in Cehegín survived to multiple attempts of destruction and spent many years in the shadows and in oblivion. Thanks to that, this Templar figure has reached our complete days, without mutilations and with all its original symbolism, to tell us that, probably, this woman was not who the Church said she was.

We went from monuments to Tapas…and at last, to the Escuela de Vino de Cehegin where we had a taste of their wines from the Murcia region. The Wine School is a training and cultural center around the world of wine located in the cellars of the Casa de la Tercia, restored and adapted for this purpose by the City of Cehegín, which aims to become a meeting point for wine lovers and in a place for enjoyment and learning, as well as in a space where to combine oenology, gastronomy, sensations, art and culture.

In all, we appreciated how proud the town is about their history and lived up to our expectations. It was a wonderful trip! As one of our clients said “It’s going to be hard to top this one!” 😉