The colourful welcome of Villajoyosa

The colourful welcome of Villajoyosa 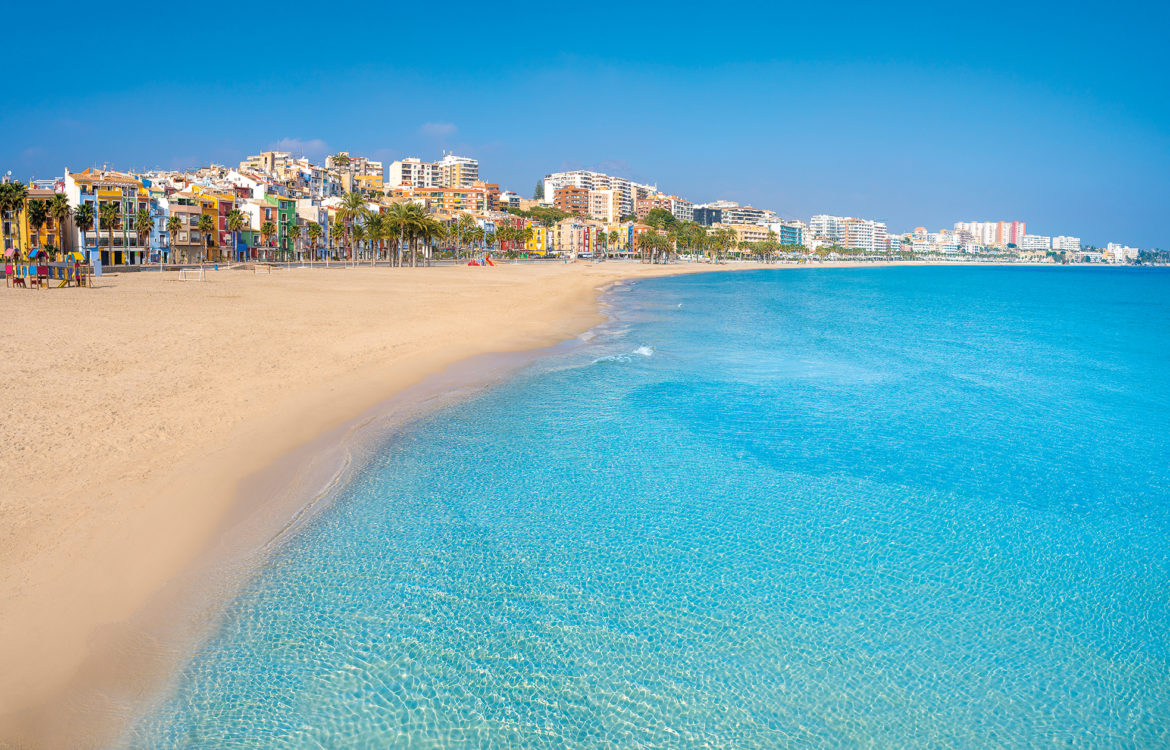 Villajoyosa actually translates as ‘joyful town’ and it’s a good description of this snug little resort on the Costa Blanca. It’s an intriguing mixture of striking multi-coloured houses, Roman remains and special beaches.

Like many traditional Spanish towns, Villajoyosa old town is made up of a labyrinth of narrow, winding streets. But what really makes it distinctive are its brightly coloured terraced houses. Red, yellow, blue, orange, green, most of them are three-storeys in height. The story goes that the houses were coloured in this individual way so that the fisherman could recognise theirs from out at sea.

Villajoyosa dates back to the bronze age and it was a major city during the time of the Roman Empire. You can still see the relics and remains of this grand era in public buildings and sites around the town.

The walls and watchtowers that you can see surrounding Villajoyosa date back to the 16th century when they were built to protect the city from pirate attacks.

On the doorstep of Benidorm, just 10km south, this quaint Spanish town provides a very different type of holiday or day trip. Whether you want to relax on its beaches, research its history or enjoy the fresh seafood served in its restaurants, it’s well worth a visit.

Top of your list must be the Roman baths. These were discovered in 2006 in the middle of the town during the construction of a hotel. Their discovery confirmed what many had suspected; that Villajoyosa had originally been the Roman city Allon.

The ruins, dating back to 76AD, are very well preserved and you can clearly see the outline of the walls, the service rooms, the sauna and other bathing rooms.

This isn’t the only evidence of Roman settlement in the town. The Torre Sant Josep is a funeral monument dating back to Roman times and there is even an underwater shipwreck consisting of what’s left of thousands of amphorae and other Roman relics.

You might not be able to see this first hand exactly, but the local museum offers exhibitions where you can find out more. The little museum in the town, Vilamuseu has other items dating back to Roman times including jars and jewellery.

You might also want to visit Villajoyosa’s very own chocolate factory. It doesn’t look like a factory at all from the outside. This traditional chocolate-making business is set in a genteel 19th century house. You are invited to take a look inside at how their chocolate is currently made and view some antique chocolate-making machinery.

You should take time to visit the old church Iglesia Fortaleza de la Asunción. This church was built in the 16th century and resembles a small castle as much as a church, with very few windows and one wall shaped like a tower.

There are plenty of stretches of walkway for ‘paseo’ – the Spanish habit of taking a leisurely walk, usually in the evening. We would recommend strolling along the promenade with the sea on one side and the coloured houses on the other.

If you prefer a walk that’s a little more challenging you might enjoy climbing up to Torre el Aguilo. This is another ancient watchtower from which you can see the great expanse of concrete that is Benidorm. You might take a picnic with you and eat your lunch whilst contemplating the panoramic view. Do your homework first on the best path to take as there are several different routes.

With such a charming old town to wander around, you can forget that Villajoyosa is also on the coast and has its own fine selection of glorious beaches. One of the most well-known is that of Bol Nou beach which is about 250 metres of golden sand framed by high cliffs.

Playa El Torres is another popular location for enjoying the sea and sand. It can get busy in the summer as it is in the heart of the town and close to amenities.

Playa El Paraiso is a pebble beach and tends to be less busy all year round. It’s still an attractive location, however, with a chiringuito in the summer and beautiful views out to sea.

The area has its share of calas or coves. Cala Higuera nestles in the rocks and you can enjoy a spectacular view from the top of the cliffs. Fishing boats use this cala and Villajoyosa is well-known for its fresh fish and seafood. The fish is unloaded and auctioned every day at the local fish market.

Celebrating food is an important part of the culture here. During the year, the town has monthly food themes including seafood in March, tuna in June, chocolate in August and rice dishes during October.

July is also a good month to visit as this is when the town hosts its Moors and Christians festival. One of the highlights of this is a staged battle that depicts an attack by Barbary pirates in 1538.

Altogether Villajoyosa is a town where there is more or less something for everyone and within a short distance of Benidorm, it could be the cultural respite that you’re looking for.