The great strangers of Alicante’s gastronomy

The great strangers of Alicante’s gastronomy 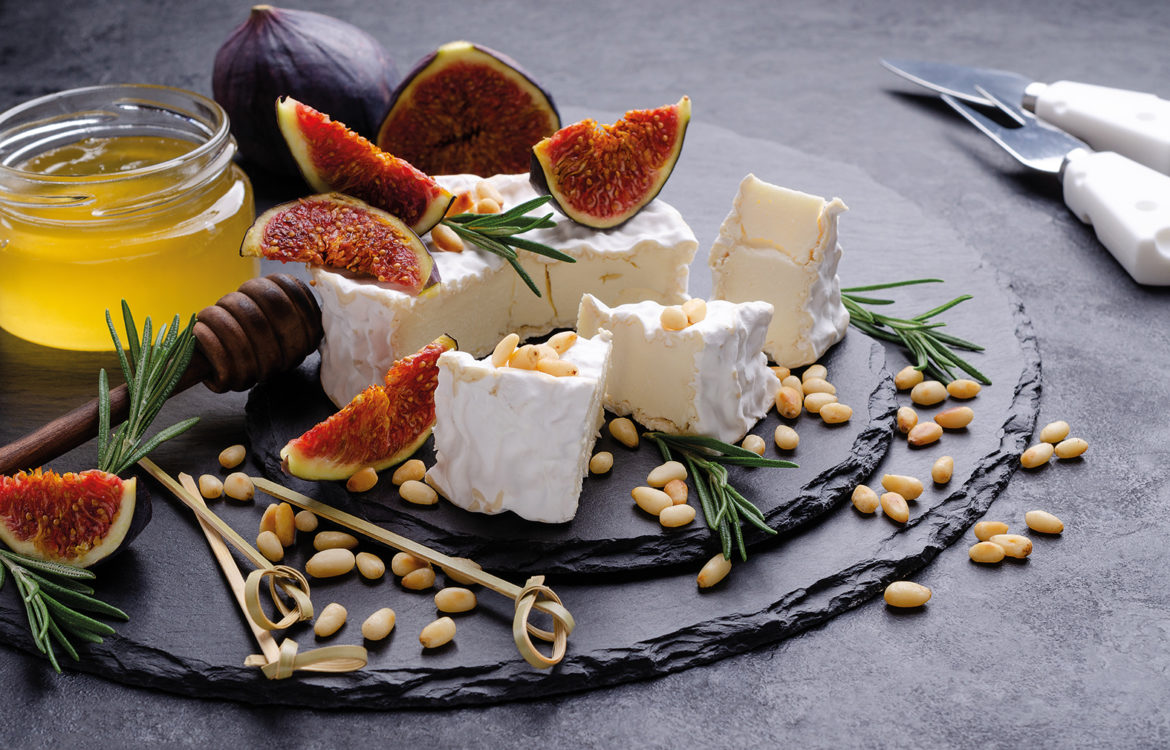 Most people either love it or hate it. From the blue cheese connoisseurs to the cheese straw chewer, the world of cheese actually extends much further than you’d think. Every region of Spain has its specialities and now we’d like to share the secrets of the Alicante cheese trail. Name a cheese and you’re probably going to come up with the classics. Perhaps you’d mention Roquefort, Camembert or Stilton? The first names to come into your head might also be linked to your nationality. Cheddar and Cheshire for the British, Gouda and Edam for the Dutch. All fine cheeses, but when you’re in another country why not explore their own speciality cheeses. In Alicante Province, there’s plenty to choose from.

Of course, not all cheeses are derived from the same animal. In the Valencian region it’s the goat that supplies must of the number one ingredient for the cheese produced here. In second place, it’s sheep’s milk that is used.

You might be wondering where exactly the animals live that supply the milk for Alicante cheese. After all, we don’t see many farms with livestock on our journeys around the area. Livestock production is quite different here from what you’re probably used to in your native country. You don’t see field upon field of farm animals very often, at least in the south of the country.

Instead you’ll find many of the goats that produce the milk for these cheeses in the mountainous parts of the province. Although production can be traced to flocks further afield. You can sometimes spot a roaming herdsman with his goats but in the coastal areas it’s now quite an unusual sight.

The prominence of goats doesn’t mean that some of the dairies we talk about later don’t stock and supply both cows’ and sheep’s cheese too. They do. But definitely goats’ cheese has more of a profile in the area than it does typically in many other European regions. So, now we know who’s responsible for these cheeses let’s find out a little more about what they are.

In this article we are going to focus on three different speciality cheeses that are typical of the Alicante region.

We’re going to use the Spanish names for these cheeses rather than making any attempt at translation. After all we hope that once you’ve read this article you will try to find them on your supermarket shelves.

Queso blanquet has an intense white colour and is preserved in brine until it is eaten although it can also be eaten fresh. It’s produced in small units that never weigh more than half a kilo. It used to be pressed between two pieces of wood. However, this process no longer meets health and safety standards and now the cheese is firmed up with more modern methods without, it’s claimed, it losing any of its flavour.

So what of its flavour? It has a touch of the acidic and sweet at the same time. It’s also lightly salted. It’s not a fatty cheese, being, at most 37% fat and should be kept in the fridge. It goes well with smooth wines, either white or rosé and you can fry it to serve with peppers, making a delicious and unusual treat. Since 2008 queso blanquet has been protected with a quality mark.

Moving on now to our second cheese. The queso de Servilleta originates from Alto Vinalopó but is also produced in La Costera. It is made from either pasteurised goats’ or sheep’s milk or in some cases a mixture of the two. It takes its name from the cheesecloth used by the shepherds to mould the cheese into shape.

Not much has changed in its production since those days. It comes in different shapes and sizes but always within its cheesecloth overcoat, knotted at the top. It’s a delicious cheese, smooth and with a touch of salt. It can be enjoyed fresh or cured and each cheese is no more than two kilos in weight. You will see on its outside the marks left by the cheesecloth, impregnated into the skin of the cheese. Like queso blanquet, it is protected by a quality mark.

And now to the final cheese of our special mentions. Last but not least on our list, this is the youngest cheese in our triad. It originated with one producer – Quesos J.F.S who used a cup of wire mesh to shape it. Since then the technique has been adopted by other cheese suppliers. It’s served fresh and is considered to be one of the best cheeses in Spain, winning many prizes to prove it.

Each cheese weighs approximately one kilo and you can see the imprint of the mesh on its skin. It’s made from either goats’ or cows’ milk and is a little jelly-like in its texture. It tastes more sweet than salty and varies in flavour according to which animal it comes from.

It’s perfect for eating in a salad, perhaps accompanied by black olives or tomatoes and the best virgin olive oil. It’s also a delight to eat with sweet preserves. Try this cheese with a young, fruity white wine- or to sample it at its best eat it with Fondillón red wine as a dessert. As you would expect by now, this cheesy favourite is also protected by a quality mark.

So, we’ve heard about these three amazing cheeses. What about the places where they’re produced? There’s only a small group of cheese producers in the region who mostly specialise in creating our three favourites but also make other cheeses too.

The first that we’ll talk about is Quesos J.F.S. They’ve already been mentioned as the dairy responsible for coming up with queso de La Nucia o de Pastel. As you might expect, their base is in La Nucía itself and they first opened their doors in 1959. They might now be a modern business but they still retain the traditional methods whilst meeting all health and safety requirements.

Their namesake cheese isn’t the only one they produce. They’re also involved in making other cheeses typical of Alicante as well as some that originate in Castellón. For many years they’ve specialised in cured and semi-cured cheeses both using cows’ and goats’ milk. They are a famous dairy, receiving many prizes in recent years for their La Nucía cheese which has been included as one of the 100 best in Spain.

The cheese factory, Artesanal San Antonio de (Queronsa) from Callosa d’Ensarriá was founded in 1968 and originally produced two kilos of cheese a day which they sold in the little market town. They soon expanded from this modest start, buying the necessary equipment to become recognised as a chief supplier of fresh cheeses. They expanded their premises and consolidated their business in 1997.

This dairy uses goats’ milk from the breed Murciano-Granadina and cows’ milk from the Friesians kept at farms in Murcia. They produce La Nucía and Blanquet cheeses and also some mini cheeses that are characteristic of Burgos. They ventured into the semi-cured cheese market with their goats’ cheese and have been awarded recognition for their products in competitions at national and international level.

This celebrated cheese factory was founded more recently in 2011 by the Swiss cheese maker Lily and Julio from Mutxamel. They use milk from their own herd of goats to produce a daily batch of traditionally made cheeses. Such is the reputation of this dairy, that the top chefs in the region insist upon using their cheeses for their signature dishes. So if you do visit L’Escaleta, César Anca, El Portal, Dársena or El Palé you may well find yourself eating a cheese from one of their goats.

This dairy has its own shop and workshop from which you can buy goats’ cheese, semi-cured cheeses infused with herbs such as oregano, paprika and rosemary. You can purchase goats’ cheese balls containing a variety of seasonings and spices, in unique combinations, there’s even one with curry. That’s not to mention the other cheeses in their repertoire including cream cheeses, fresh cheese and those mixed with yoghurt.

This well-known cheese factory started business in 1986 and also used milk from its own goats. This dairy sells not only in Spain but to at least another ten countries world-wide. Their selection of cheeses includes fresh, cottage, mature and semi-cured. They produce the famous blanquet cheese in different sizes and their La Nucía cheese is sold without salt.

Elche has its own cheese makers to be proud of. The cheese factory Quesos Cantó is focused on the production of goats’ cheese and has the capacity to produce up to 1,000 kilos a day. The cheeses are distributed to a number of outlets by its own float of vehicles and their products include their very own cheesecake.

La Vaquería del Camp de’Elx produces its own cheese made from the milk of their herd of Friesian cows. As vendors of fresh milk they decided to branch out and also make cheese with the 2,500 litres the cows produce every day. As you would expect, all their cheeses are made from cows’ milk. Now about a fifth of the milk is sold and the rest is made into cheese. You can buy their cheeses from their own local shops in Elche and Alicante. They also stock local markets and supply fresh-milk vending machines.

This small, private enterprise was founded in Petrel in 2014 by Inés Falcó. Starting out as a housewife, Inés determined to make her mark in the industry and is now celebrated for the traditional methods she uses in making her cheeses. She uses goats’ milk bought from a herd in Monóvar and sells the handmade cheeses in the markets herself.

The list could go on. Suffice to say that these are not the only suppliers of fine cheeses in the area. There’s also Lacteos Muñoz (Santa Pola), Hermanos Peral (Elche), Central Quesera Alicantina (Cañada) and Quesos Nadal (Alcoy). We invite any other suggestions to add to our list as the cheese industry in the area continues to welcome new products and producers alongside those with a confirmed history and reputation.

Now, after reading about our celebrated cheeses – surely there’s only one things left to do? Go out and buy some!